Message From the Chair: Stop the Name-Calling and Focus on the Issues 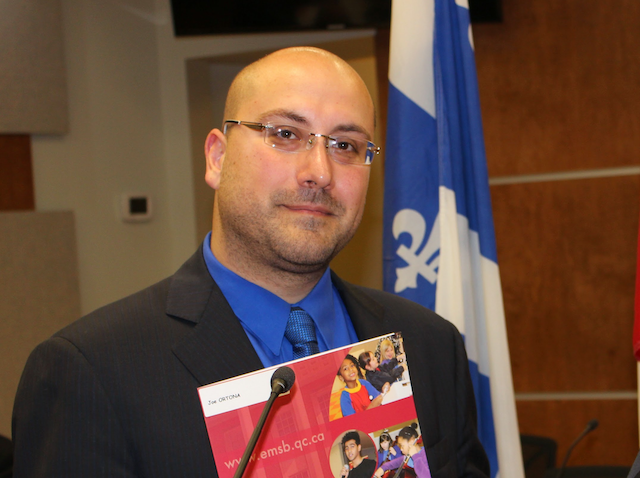 It is clearly easier to resort to name calling than addressing the English Montreal School Board’s opposition to Bill 96.

Over the past two weeks we have been vilified as radicals by our premier, slammed during the federal leaders debate and now condemned in a resolution in the National Assembly.

On September 1 we passed a resolution which was rescinded on September 11. That same day we adopted a new resolution confirming our concerns with Bill 96 while deleting the controversial reference to a Quebec nation. Yet, Premier Legault’s government nonetheless chose to have the National Assembly adopt a motion condemning our original resolution.

So, let’s be clear the English Montreal School Board will not be bullied.

We stood up against Bill 21 because the banning of the wearing of religious symbols by our teachers conflicted with our values and our mission and with those of all Quebecers as expressed in the Quebec Charter of Human Rights and Freedoms. It has had a negative impact on our staff and on the culture in our schools and centres and has forced individuals to choose between government employment and a desire to wear religious apparel. We have had to refuse employment to some qualified candidates and promotions for others. And of course, many have simply not applied.

Most importantly it sends a message of intolerance and exclusion to our students and their families.

Similarly, Bill 96 with its preemptive use of the notwithstanding clause to once again override the Quebec charter,  runs counter to our societal goal of promoting our peaceful co-existence in a pluralistic Quebec where French is the common language. Our vision at the EMSB is of an inclusive Quebec where people of all backgrounds have the opportunity to contribute and where our diversity is celebrated

The EMSB supports the promotion of French. We are proud of our French immersion program, and the steps we have taken to ensure our graduates are able to live and work in French. And we support a universal right to French instruction which is proposed in Bill 96.

But Bill 96  has issues beyond what the QCGN has called the creation of a charter free zone. These include but are not limited to the following:

The bottom line is that Bill 96 does not reflect the kind of Quebec we want to live in and build together. We are not radicals. We are simply  English-speaking Quebecers looking to work with our neighbours to build a welcoming society where all of us feel at home.