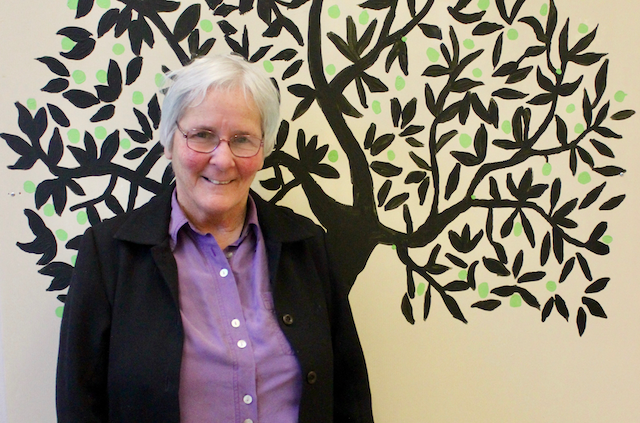 “At the current pace, it will take more than 100 years to reach global gender equality. Women hold the power to create faster global change. We connect them.”

This is a message shared on the home page of the World Pulse website, a safe social network with a global mission to end every form of violence and suppression against women. World Pulse connects over 70,000 women from 190 countries by sharing their written stories of struggle and success, driving them into action together and in their own communities. Issues at the forefront of their work include violence towards women, ensuring every girl goes to school, ending forced marriage, trafficking of women and female genital mutilation, to name a few.

When Tamarack (Tam) Verrall, an English teacher at Wagar Adult Education Centre  in Côte Saint-Luc discovered the World Pulse website and began reading the stories, she knew she’d found her community. An advocate for women’s rights for over 50 years, Verrall has done and continues to do all that she can to lift the spirits of women who have been broken due to life events and circumstances, and fight for their rights.

It was Ms. Verrall’s great honour to be awarded the first World Pulse Spirit Award this past January. The multiple moving nominations in her name touched her deeply. “Receiving this award was a wonderful surprise,” said this energetic 71-year-old. “It has infused me with a surge of confidence in my work.”

Ms. Verrall takes great inspiration from World Pulse members. “We are all heroes,” she said. “I would have nothing to say if it wasn’t for repeating all of their stories and connecting women who are on the same path.”

One such nomination from Stella reads: Holding hands, lifting up others, giving support when nobody else would, sending out feel-good vibes day-in and day-out to women who need it most – that’s Tamarack as I know.

Ms. Verrall attended elementary and high school within the former Protestant School Board of Greater Montreal, and graduated as a teacher from McGill University, specializing in English and Biology. Since then, she has heard thousands of stories, including those of women serving sentences in the Kingston Penitentiary (which was the only prison for women in Canada at the time), and those who came to the St. Famille Women’s Centre which she and a handful of others founded many years ago for support. She was instrumental in the push to establish women’s shelters. “I’ve always been drawn to where I was needed the most,” she explained.

As a volunteer ‘Encourager’ for the World Pulse website Ms. Verrall spends three hours per week responding to postings, providing her with a unique global vantage point. “As painful as it is to carry with me what I know is happening daily, I have never been more encouraged than I am now. “I can see and be part of how women are connecting and helping each other through this organization. When you get lots of minds together, you find solutions,” said Verrall, who is also one of 115 World Pulse Ambassador from 53 countries.

“At World Pulse, I am not discounted due to my grey hair,” said Ms. Verrall. “I am sought out for my opinions because of my experience. And I now know that change is possible. If someone says there’s no way to change something, I can now say, ‘well, it’s changing everywhere.”

What can we do to continue to thrive and ensure all are treated with respect and fairly? “Never let anyone tell you that you are less than,” said Ms. Verrall. That’s a great place to start.