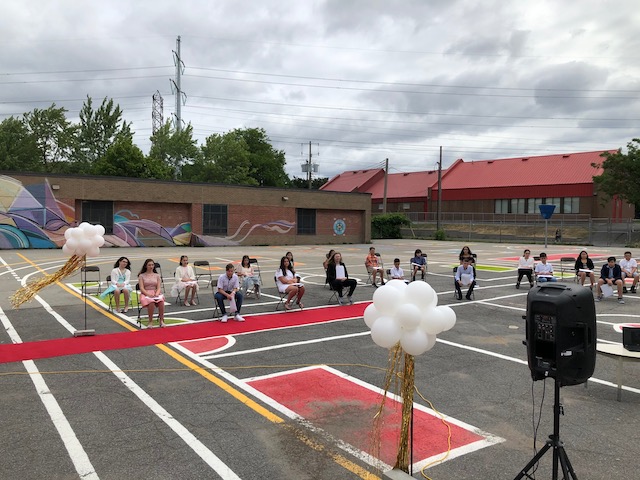 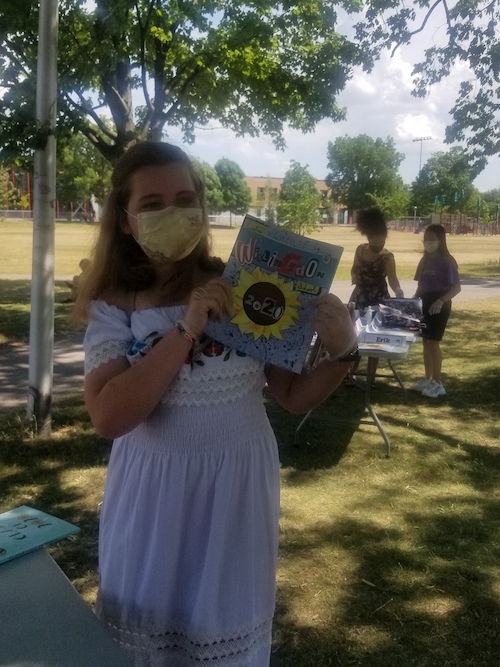 On June 22, Willingdon Elementary School in NDG began its two-day program to celebrate its graduating students. Students arrived at the senior campus at specific time slots to sign each other's yearbooks in the schoolyard, while respecting all public health restrictions. Later that day, the administration, Grade 6 teachers and the Grad Committee were able to present “a beautiful virtual ceremony in order to mark this milestone for our graduating students,” explained vice principal Maya Doughan. The evening online celebration opened the singing of “O Canada,” followed by a speech from Principal Carmen Nicolas. Three students gave “past, present and future” speeches – a tradition at Willingdon. Grads and their families were also treated to a student slideshow, guest speaker, awards distribution, Kids for Kids choir, as well as a wider community video, comprised of “messages from people representing our NDG  community – from municipal and provincial levels as well as key partner organizations with whom our grads have done many initiatives since we are a community school."

The next day, on June 23, was the distribution of graduation certificates, which took place at the school. Students entered the school yard with their homeroom, each with its own time slot  and were cheered on by their teachers and school administration as they were called forward, one by one, to receive their graduation certificate and yearbook, and to have their picture taken.

The PDC class of 2020 had a special series of celebratory events on June 25 to mark their graduation from elementary school. Students at this St. Léonard school arrived by class, with each of the four groups having their own separate ceremony. After having their picture taken by a professional photographer, they then had a chance to walk the red carpet while being announced over the microphone. They proceeded to collect their diplomas, yearbooks and a special treat. The event culminated with a schoolyard address by Principal Ida Pisano, their teachers and the valedictorian. 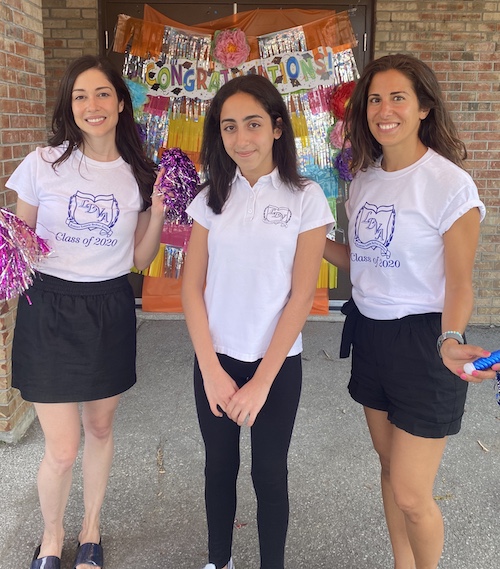 Leonardo Da Vinci Academy in Rivière-des-Prairies celebrated its grade 6 grads with an evening virtual ceremony on June 22. The event was live streamed on Facebook for families to watch, while the graduating students and staff met virtually on the Zoom platform, where a ceremony took place. On June 23, students arrived five minutes apart at the school, where they were greeted with their own billboards placed along the fence. In five-minute intervals, they walked into the schoolyard with their families to collect their certificate, awards, loot bags and a special surprise, while a special musical tribute played on outdoor speakers. They also had the opportunity to have their photo taken with a gown. 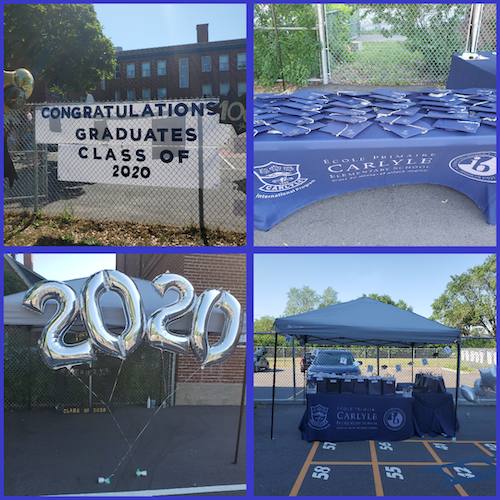 This year was not only special for Carlyle Elementary School in Town of Mount Royal because of having to come up with innovative ways to celebrate its departing students – but also because it marked the school’s 100th graduating class. Grade 6 graduates were fêted in a drive-by-style celebration June 23. After entering the schoolyard at their appointed time, each grad went to receive their commemorative graduation caps and diplomas as well as have their photo professionally taken, while their families looked on. Staff members greeted the grads along the way, as the ceremonial song, “Pomp and Circumstance,” played softly. Each student walked by the podium for the traditional officiating of their convocation with the crossing of the cap’s tassel. The grads collected their loot bags, containing commemorative gifts marking Carlyle Elementary School’s 100 years. “All graduates attended and were celebrated in high esteem,” said principal Dina Vourdousis. The Centennial class of 2020 also composed, wrote and performed their musical creation “The World Needs Us Now,” available for viewing on the EMSB Facebook page.