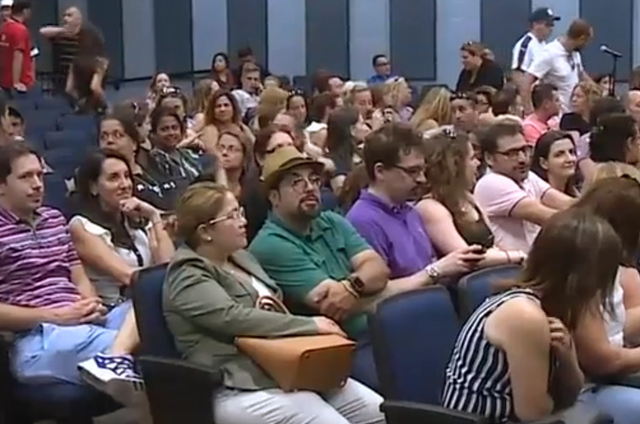 The English Montreal School Board is seeking a provisional 10-day stay on Quebec Education Minister Jean-Francois Roberge’s decision to transfer two school buildings  in St. Léonard – General Vanier and John Paul I Junior High - to the Commission Scolaire Pointe-de-L’Ile (CSPI). This would be pending the determination of  applications for  an interlocutory injunction and a judicial review.

“We promised the parents and staff at these two schools that we would not give up the fight to keep them open,” said EMSB Chairman Angela Mancini. “We hope for a favorable ruling.”

Ms. Mancini said that she remains very disappointed that the Minister proceeded with his decree to approve the transfers when a good proposal for cohabitation at five school buildings was in place. “Our cohabitation model offered the CSPI 112 classrooms,” she remarked. “By taking these two buildings, they only gain 38.”

Ms. Mancini noted that the EMSB has also embarked upon its first Major School Change process in seven years in an effort to free up space for the crowded French boards. “We asked them to cohabitate for at least a year and allow us to decide which school buildings to free up in conjunction with our parents and through a real consultation process,” she  said.  “Section 23 of the Canadian Charter of Rights and Freedoms guarantees minority language educational rights to French-speaking communities outside Quebec, and English-speaking minorities in Quebec. Section 23 was not respected in the Minister’s decision.”

The EMSB held a Town Hall meeting with parents and staff from General Vanier and John Paul I on July 2 to share with them a contingency plan in the event they do not succeed in court. A special board meeting will take place next week to launch a 30 day consultation. The EMSB is proposing that John Paul I relocate to the Laurier Macdonald High School building and that General Vanier move to the Pierre de Coubertin facility. Both schools would maintain their own deeds of establishments for the 2019-20 academic year.

Below is a copy of the EMSB’s application for a judicial review.