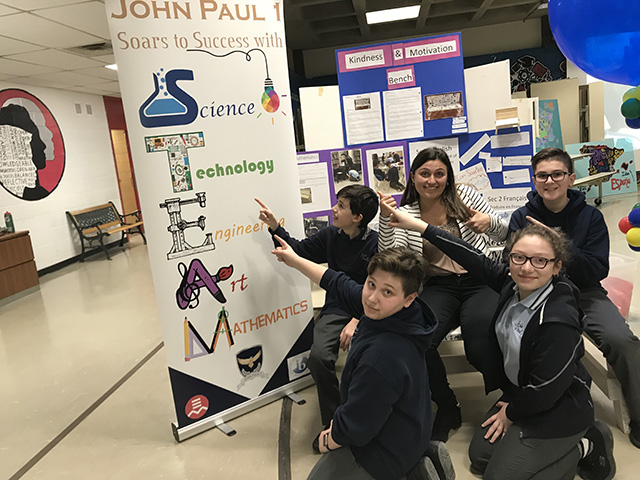 MONTREAL, JUNE 20, 2019- The English Montreal School Board (EMSB)  has come up with a new proposal in response to Quebec Education Minister Jean-Francois Roberge’s call last December to help the Commission scolaire de la Pointe-de-l’Ile (CSPI) with its need for classroom space for the fall of 2019.

In an effort to avoid the Minister immediately transferring three school buildings – General Vanier Elementary and John Paul I Junior High School in St. Leonard and Gerald McShane Elementary in Montreal North- to the CSPI, the EMSB has offered cohabitation arrangements in General Vanier and Gerald McShane, as well as at Laurier Macdonald High School in St. Leonard and Lester B. Pearson High School and the Galileo Adult Education Centre in Montreal North.

The EMSB  would also agree to the  launch of a Major School Change Consultation  on Wednesday, June 26, to evaluate how best to organize and consolidate its school populations and buildings on the CSPI territory. Final decisions would be voted on by the end of January 2020  and take effect on July 1, 2020. Up for consideration would be the potential closure and/or transfer of different schools. Potential scenarios will be brought to Council on June 26.

“I am in favor of any solution which will avert the transfer of these three schools,” said EMSB Chair Angela Mancini. “By agreeing to go into a Major School Change procedure, the parents will have a greater say in any future decisions we make related to our schools. It is best for us to be in control of our own destiny rather than the Minister making decisions for us.”

While the Council of Commissioners has already voted to transfer most of the Galileo Adult Education Centre to the CSPI, this new proposal involves a cohabitation plan between the EMSB and the CSPI in the Galileo building on Gariepy (including the main office area and approximately 40 classes). Plans would call for the special needs program for adults (SIS / SVIS) remaining there for one additional school year (2019-20) to allow for proper facility preparations at their new location at St-Pius X on Papineau and a proper transition period for the students. The EMSB would agree to transfer ownership of the Gariepy building to the CSPI provided proper compensation is provided by the Ministry of Education. During the process of transfer, the CSPI would be given a long-term lease. The EMSB would also agree to relocate the Rosemount Technology Centre (RTC) satellite campus from the bottom floor of the Gariepy building to another EMSB facility by August 2022.  Upon transfer of the building to the CSPI, the RTC campus would be permitted to remain in the Gariepy building until it can be relocated.

The EMSB has already agreed to provide land and property to the CSPI in Pointe aux-Trembles, the school and land and a vacant school building in Riviere-des-Prairies, and the use of a facility on Henri-Julien and Cremazie.

The EMSB will launch a 30-day consultation for cohabitation proposals for Laurier Macdonald High School, Lester B. Pearson High School, General Vanier and Gerald McShane at a  June 26 board meeting.